24th May 2022: The new regulatory framework (Energy Efficiency eXisting ship Index - EEXI) around CO2 emissions for existing shipping come into force in January 2023 and many ship owners are now considering how to meet these through either operational changes or technical alterations.

Windship Technology today publishes proprietary research that allows ship operators, owners and charterers the ability to easily see the positive, game-changing operational effect that installing just one 36m rig can have on their vessel going forward.

These regulations seek to measure the efficiency of ships through the amount of CO2 emitted per tonne per mile of freight carried in a year. Ships will be rated annually, from A, the highest performing, to E the lowest and the results will be recorded in the Ship Energy Efficiency Management Plan (SEEMP). Ships rated D for three consecutive years or E for a single year need to develop an approved corrective action plan as part of the SEEMP.

The International Maritime Organisation (IMO) have currently set a 2% reduction per year on Carbon Intensity Index (CII) requirements until 2025, at which point the reduction will need to increase to get towards the overall IMO CO2 reduction goals of 2050.

Wärtsilä have reported the results of their CII Insight tool, which has predicted that when CII comes into force, about 45% of the fleet is forecast to be in category D, with a further 16% in category E. They further predict that, if nothing is done and assuming the IMO trajectory stays constant, by 2030, 81% of the bulker fleet, 57% of tankers and 80% of container ships will be in category E.

The most common approach to achieving compliance as of 2023 is to reduce the speed of the vessel through engine power limitation (EPL), which will reduce the amount of fuel per tonne per mile used, as ship resistance is proportional to the cube of the speed of the vessel. For some vessels this will be a short-term solution, for others the EPL required maybe significant, potentially meaning the engine will be operating well outside of its ideal parameters.

Apart from operational changes such as EPL, owners can implement technical efficiency improvements, and it’s here where the obvious installion of Windship Technology’s patented, high-performing rigs are most efficient. The performance of the Windship 36m rig has been calculated using computational fluid dynamics (CFD). This performance data can then be combined with the EEXI wind matrix to enable the reduction in EEXI for a given vessel to be assessed.

Windship Technology have conducted this assessment for a range of vessel DWT (Deadweight tonnage) to provide owners with a guide as to the powerful effect a single 36m rig could have on their ship. This technology can be used in conjunction with EPL if required to achieve compliance. A further benefit of this approach would be to consider adding a second rig, if in due course the CII required further reductions. Clearly the final EEXI reduction will be dependent on actual ship performance characteristics, however the graph provides a good indication of the potential.

Simon Rogers, Technical Director of Windship Technology is clear about the benefits: “This is a known issue that is fast coming down the track and one that ship operators must start addressing. What we have developed with our patented, high power rig design is a solution that works in tandem with existing EPL measures but greatly enhances performance. Our assessment is an EPL reduction of some 20-25% depending on the size of the vessel and not only are we extending the operational life of the ships that install Windship Technology rigs but we are making global shipping compliant and faster.”

Graham Harvey, Chief Executive of Windship Technology further added: “It’s very clear from the chart below the positive effects that installing our patented rigs has on performance. Owners, Operators and Charterers are all highly aware of the regulatory framework that is close to being imposed by the IMO and time is running out to achieve compliance. We are hosting a broad range of discussions with key players in the industry now and it’s very clear that Windship Technology is very much part of the solution going forward. We welcome further enquiries and discussion from interested parties.”

Global methane emissions from the energy sector are about 70% greater than the amount national governments have officially reported, according to new International Energy Agency (IEA) analysis released on 23rd February 2022, underlining the urgent need for enhanced monitoring eﬀorts and stronger policy action to drive down emissions of the potent greenhouse gas.

Methane is responsible for around 30% of the rise in global temperatures since the Industrial Revolution, and quick and sustained emission reductions are key to limiting near-term warming and improving air quality. Methane dissipates faster than carbon dioxide (CO2) but is a much more powerful greenhouse gas during its short lifespan, meaning that cutting methane emissions would have a rapid eﬀect on limiting global warming.

The energy sector accounts for around 40% of methane emissions from human activity, and this year’s expanded edition of the IEA’s Global Methane Tracker includes country-by-country emissions from coal mines and bioenergy for the first time, in addition to continued detailed coverage of oil and natural gas operations. Methane emissions from the energy sector grew by just under 5% last year. This did not bring them back to their 2019 levels and slightly lagged the rise in overall energy use, indicating that some eﬀorts to limit emissions may already be paying oﬀ.

“At today’s elevated natural gas prices, nearly all of the methane emissions from oil and gas operations worldwide could be avoided at no net cost,” said IEA Executive Director Fatih Birol. “The International Energy Agency has been a longstanding champion of stronger action to cut methane emissions. A vital part of those eﬀorts is transparency on the size and location of the emissions, which is why the massive underreporting revealed by our Global Methane Tracker is so alarming.”

Last year, significant emissions were confirmed in Texas and parts of Central Asia, with Turkmenistan alone responsible for one-third of large emissions events seen by satellites in 2021. Relatively few major leaks were detected for the major onshore oil and gas producers in the Middle East.

Satellites have greatly increased the world’s knowledge of emission sources, and the IEA Global Methane Tracker incorporates the latest readings from satellites and other science-based measurement campaigns. While measured data continues to improve, the coverage provided by satellites is still far from complete: existing satellites do not provide measurements over equatorial regions, oﬀshore operations, or northern areas such as the main Russian oil and gas producing areas.

Yet uncertainty over emissions levels is no reason to delay action on methane. Major reductions can be achieved with known technologies and with tried and tested policies that have been proven to work eﬀectively. The Global Methane Tracker includes a new detailed policy explorer that provides examples of eﬀective implementation and shows where these policies could be most impactful.

If all methane leaks from fossil fuel operations in 2021 had been captured and sold, then natural gas markets would have been supplied with an additional 180 billion cubic metres of natural gas. That is equivalent to all the gas used in Europe’s power sector and more than enough to ease today’s market tightness.

The Global Methane Pledge, launched in November by more than 110 countries at the COP26 Climate Change Conference in Glasgow, marked an important step forward. Led by the European Union and the United States, its participants agreed to reduce methane emissions from human activities – including agriculture, the energy sector and other sources – by 30% by 2030. However, more major emitters need to join. Of the five countries with the largest methane emissions from their energy sectors – China, Russia, the United States, Iran and India – only the United States is part of the Pledge as things stand.

“The Global Methane Pledge must become a landmark moment in the world’s eﬀorts to drive down emissions,” said Dr Birol. “Cutting global methane emissions from human activities by 30% by the end of this decade would have the same eﬀect on global warming by 2050 as shifting the entire transport sector to net zero CO2 emissions.”

“Methane is the second biggest contributor to global warming. Rapidly cutting methane emissions is therefore a key part of our eﬀorts to tackle the climate crisis. As established in the Global Methane Pledge, we need more precise data on actual methane emissions. By measuring, reporting, and verifying, we will know where emissions cuts are most urgent. The IEA’s report underscores the necessity of this eﬀort.”

“Cutting methane pollution is the fastest way to mitigate climate change, and cutting wasteful venting, leaking, and flaring from oil and gas systems is the fastest way to cut methane. The IEA’s new report provides important insight on the scale of this climate action opportunity. It also highlights the need for governments to enhance the accuracy of their methane emissions data in national inventories and to act together to cut emissions at least 30% by 2030 under the Global Methane Pledge.”

“Combatting climate change means tackling methane emissions in Canada and around the world. Canada has set a target of reducing methane emissions by at least 75% below 2012 levels by 2030, and has put in place regulations to help achieve that target. This makes us the first country to sign up to the IEA's call to action. We’re working with the provinces and territories, Indigenous partners, industry and labour to put workers front and centre in the global eﬀort to cut methane emissions.”

"It is obvious that emissions from shipping are increasing and that emission volumes from methane are hidden. There is only one way forward to save our world: A Zero Emission Target and the best solution at present is the Windship Technology Project where Windships could reduce emissions and fuel costs by about 75% already now and reach Zero Emissions by 2040."

Contact us on info@windshiptechnology.com to understand more about the Windship Technology and how we can address this issue for the shipping industry. 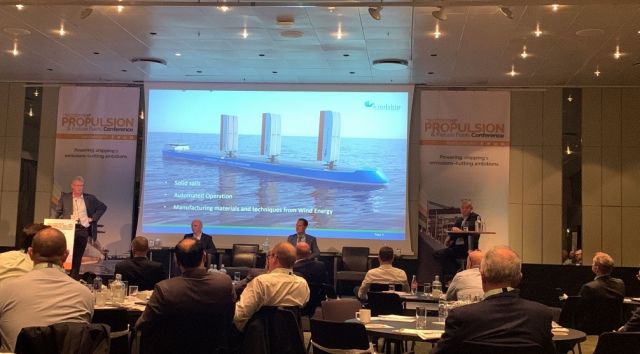 Honouring and recognising innovative low emissions vessels partnerships in zero emissions race, the Motorship award winner was chosen from a shortlist of four projects. The four finalists presented their projects at the Propulsion & Future Fuels 2021 conference, 2-4 November and Windship Technology were delighted to be announced as the winner. 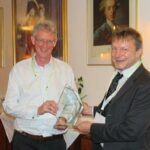 Making Waves – The Future of Shipping

The Windship Technology solution is an auxiliary power system.  Each rig is a three-wing foil set of 35 to 45 metres in height, depending on the size of the ship, providing significant thrust to propel the ship through the water.